I really, really wanted to like this final novel from the well-known British horror writer James Herbert.  On the surface it looked like just my kind of thing:  a haunted castle in Scotland and a book of a size that you could really get your teeth into.  And as I say, it was the guy’s swan song since he died in March.  But oh, what a disappointment is Ash.  It is in fact not so much a horror novel as the wet dream of a conspiracy theorist.  I’ve no doubt that it has a permanent pride-of-place on Jim Corr’s bedside table.  And to be honest I love a good conspiracy tale as much as the next guy—it’s just that this isn’t a very good one.  In fact it’s downright bloody daft.

I always associate discovering Herbert with the likes of Guy N.  Smith, both of them having burst on the scene in the mid-seventies and both having had shed loads of gore and plenty of sex scenes for when you got tired of the deep red stuff.  They may not have been High Art but they were good solid pulp fiction page-turners.

I recall hearing a radio interview with Herbert some years back and thinking that he seemed to be distancing himself from his past.  The last time I read him was a big thumping ghost story called The Secret of Crickley Hall and I can honestly say that I can’t remember a single thing about it.  I also remember little enough about the first two books of which this is the final part of a trilogy:  Haunted and The Ghosts of Sleath.  Then again, they were a long time ago.  And in fact it got me off to a bad start that it is almost twenty years since the events at Sleath and yet Ash begins two years afterwards, even though it is specifically set in 2012.  I get irritated at a lack of respect for continuity.  [As I say, it’s been a long time since I read the last one so if there is an explanation I’ll be glad to apologise.]

In any case, the ghost hunting parapsychologist David Ash has just about recovered from his previous experiences and his boss Kate McCarrick decides to throw him back into the field—and well and truly into the deep end of it, just to mix a couple of metaphors and get on the level of the writing here.  Because, seriously:  it takes a bigger leap of imagination to believe in the dialogue of these characters than it does in the plot—and that’s really saying something.

Up in the Scottish lowlands there is this great big ‘secret’ castle called Cromraich; bloody huge place it is, but well hidden apparently.  I’m not even going to get into the logistics of just how it is kept hidden because life is too short.  And since it is situated about half-an-hour south of where I was born I found the details of how Ash arrives there, not to mention the accents of those he meets, very…uh, interesting.  The Electric Brae that Ash stops on is real, by the way.  As a kid I used to enjoy cycling out there just to get the weird effect of freewheeling uphill.

Anyway, it is ruled by a (here’s that word again) ‘secret’ elite called the Inner Court and believe me, these fella’s make the Freemasons, the Illuminati and Opus Dei rolled into one look like perfect models of transparency and openness.

This Inner Court has been involved in hideous levels of skullduggery for centuries and has more than a few links with the Royal Family.  In fact, the book starts in rather jaw-dropping fashion with on the very first page a description of the thoughts of Princess Diana as she lies dying in that infamous Paris tunnel.  And Prince Charles doesn’t come out of that too well.

Now I would have to say here that I could never be called a fan of the Royal Parasites, but some of this stuff—and it gets much worse later—is just downright cruel, considering that her two sons could conceivably be reading this.

Well, if you think that’s name-dropping then man, you ain’t seen nothin’ yet; because Cromraich is actually a luxury getaway for all sorts of high ranking war criminals and indeed anyone with the huge funds required in order to just vanish from public life.  At some future stage, when the criminal Tony Blair finally runs out of luck and friends he’ll end up there, in luxurious exile, contemplating his guilt in mass murder by proxy.  I won’t spoil things too much by mentioning some of these people but since Lord Lucan puts in an appearance pretty early on you might get the picture.  Put it this way:  by the time I was half-way through I wouldn’t have been in the least bit surprised to see James Dean riding through the courtyard on the back of Shergar whilst Elvis and facially damaged Rudolf Valentino lurked in the bushes beneath Jimmy Savile, who was hiding up a tree.

And the fictional characters are just as ludicrous:  Ash falls in love—yes! at first sight—with a stunning (naturally) psychologist who has a bit of a lesbian past.  And wait till you get a load of the one that she had the fling with:  I don’t know why Herbert didn’t just go the whole hog and have her wear a T-shirt with JEALOUS DERANGED DYKE! written on it.  It would have saved a page or ten of description.

Five hundred pages (!) into it I suddenly realised that I didn’t really care much how it ended and put it aside.  However, during a sleepless night I ended up finishing it.  And I’m still not the better for that ending. What the fuck was that about?

You’ll know what I mean if you get to that last page.

As to the novel’s ‘explosive’ climax.  I honestly wondered if it was ever going to end!  I mean, this is the guy who wrote relatively short novels like The Rats and The Fog, with their terrific action-packed set-pieces.  It’s as if—happy at seeing The Secret of Crickley Hall turned into a three-part BBC series, he decided to make Ash as long and bloated as possible in the hope that the trick could be repeated.

And what happened to the guy who wrote such steaming hot, down-and-dirty sex in Creed or Once?  By hell, that stuff was something else.  Read that with your missus and you’ll be rolling in the hay within ten minutes, it doesn’t matter how long you’ve been married!  When did he get infected by this sub-Mills & Boon crap?

I really did want to like this.  After all, the guy has a lot of fans and they deserved a better farewell than this ludicrous bilge.

And there was even one final error of judgement.  At one point David Ash muses that he could cheerfully have throttled that guy who wrote the horror novels about the rats.

Herbert didn’t do himself any favours by reminding us of how much of a tightly-paced page-turner he used to be. 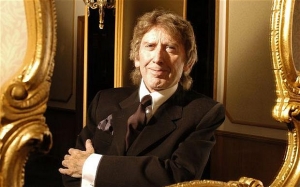