he by John Connolly

Home » All Posts » he by John Connolly

An Infinity of Echoes: 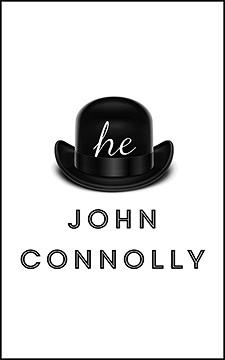 “Each evening thereafter he travels to the hospital to be with Lois.

Was this what it was really like for him at the end, this joyless existence at St. Monica’s Oceana Apartments, ‘at the dawning of the last days’?

And here am I, slipping into this curious way that John Connolly has chosen to tell his story.  Referring to him only as ‘he’ and ‘him’; and only to the other half of this great, great double-act as ‘Babe’.

He was Stan Laurel.

They were Laurel and Hardy, the greatest comedy duo the silver screen has ever known.

I’d hate to think that it was so: this misery of his last days.

So much pleasure these two men gave to my brother and me on those Saturday mornings of fifty years ago.  Donald and me, we would crack up when we saw Oliver Hardy look at the camera, look at us in exasperation; maybe flick a single drop of water from a head that had just been drenched by whatever mayhem the childlike Stan had just unleashed on him.  We loved these two men, these two geniuses in their own different ways – and we understood at some level that only children get, that we were watching something that was special.  Six years old and eight years old; and later, eight years old and ten years old, Donald and me, we continued to love them.

We never really got Charlie Chaplin.  He was something…other to us.  We found him too serious, too … I don’t know — planned and thought out to be funny.  There was something kind of creepy about that guy, we thought.  He wasn’t real in the way that Stan and Ollie were…real.  And as the years went on and eight years old turned into eighteen and then twenty-eight I found nothing in my reading of film history to make me change my mind about Chaplin.

Today, as we hear more and more sheer awfulness emerging from Hollywood, I think that the childish perceptions of Donald and I were spot on, even though as children we had no name for what we were feeling.

Now, as twenty-eight years old have gone – unimaginably — beyond fifty-eight, I find myself reflecting on Harvey Weinstein and thinking that there were always monsters in Hollywood.  Chaplin may have been the worst, in many ways — or as it says in this haunting book, ‘a daemon pretending to be a human being’ – but they were always there.

And Chaplin was a genuine monster. I’m glad now – a half century later – that my brother and I instinctively knew this to be the case.  Just as we instinctively knew that Laurel and Hardy were genuine innocents in a world that deserved them no more than they deserved what they did to themselves.

“He and Lois are ghosts, trapped under one roof but alone in their anguish, each haunting the empty chambers of the other’s heart…and he will look back on this time, and he will think that Lois deserved better than to mourn their dead child alone.”

Stan Laurel was a son of the Vaudeville circuits; born in England under his real name of Arthur Jefferson in 1890; and, growing up the hardest way imaginable, he learned the broad gestures, the sweeps that took in a crowd who were barraging him with anything that came to hand if he wasn’t being funny every step of the way.

And he wanted to be Charlie Chaplin, with whom he would briefly work until it dawned on that man — that demon — that he just might have a bit of competition there.

“Failure:  failure in America, then Britain, and finally Europe.  If he had the money and ambition, he could probably have failed in Australia too, but in the absence of both he returns to London.”

Connolly follows Stan’s name change, his surviving in cold rooms and his search for a character that is truly his; and it is grim reading.  For comedians, none of these guys – not one of them – were exactly a barrel of laughs; more like a barrel of pies-in-the-face.  What humour there is…man, it’s grim.  His brother Teddy dies after a visit to the dentist from an overdose of laughing gas.

Comedian’s brother dies from laughing gas.  You couldn’t make it up.

Oliver Hardy – Babe – he was born a world away, in Harlem, Georgia, in 1892.  Babe, who loved everyone, skin colour not a bother to this big sweet man, was the son of an overseer, ‘employed on the plantation to keep the darkies subdued and their masters satisfied.’

I gotta tell ya: sometimes I have serious issues with God’s sense of humour.

His real first name was Norvell, but like Arthur, he was soon well on the way to reinventing himself.

When they come together, it is as if it was always meant to be this way.  And that’s fine; because that is exactly the way it was.

Stan’s exaggerated gestures were toned down by this big fat man called Oliver who somehow just knew that the camera would linger on smaller gestures:  the look of frustration, the harrumph of exasperation at another fine mess his partner had gotten him into.  Eventually, whole minutes of screen time would pass as these two communicated only with their eyes.

“And as he alters his name, so, too, must Lois alter hers, even though she barely wishes to know him by any name.

“Never mind.  She will not have to suffer under it for long.

“And meanwhile, he thinks, his dead boy bears the patronymic of one who no longer exists at all.”

John Connolly is probably best known for his fine series of crime/supernatural novels featuring the detective Charlie Parker; but were ever any of those books populated with more ghosts than this 2017 mainstream novel, He?

The ghosts are everywhere, as are the regrets.  And Stan, who was the real director no matter who’s name was under the credit, who was the real writer no matter who was down as gag man, worried that he was holding Hardy back.  Acting was really just a job to Oliver Hardy, just money to fund his gambling and his golf; but Stan saw that Ollie was the better actor.  It broke Stan’s heart that his partner never got to play Falstaff, something that with his delusions and his kindness and his bulk and his essentially good heart he might have seemed destined to do.

And towards the end, through his friendship with John Wayne, doors were opening for him; but by now he would have no more left Stan than Stan would have left him.  The women in their lives, they moved on from; but these two men loved each other too much to ever part.

Women were a complete disaster for Stan Laurel.  One almost loses count of them and the times that he married:  eight times in various countries to four different women.  Getting married in Mexico without remembering to divorce in California.  Madness. Ruth he managed to somehow marry three times in total.  No wonder he was always, always strapped for cash.  And often Oliver’s private life would mirror his.  As they started to slip effortlessly into their screen characters of ‘Mr. Laurel’ and ‘Mr. Hardy’ it began to get harder to tell where the actor ended and the character began.

“– Well, eventually dropped.  After it was thrown.

“He slips so easily into character that he surprises himself.  After a moment’s hesitation, so also does Babe change…No longer Babe, but Mr. Hardy.

“Mr. Hardy lifts a finger, points it skyward, and circles the air.

“Anyway, it’s not important, says Mr. Hardy.  What’s important is that the glass was thrown, and the glass fell, and when I tried to pick up the pieces, I cut my hand.

“Mr. Hardy emphasises this with a single nod of his head, in the manner of one who is proud of the power of his wife’s throwing arm.

“ – She ought to play baseball.

“– But why did she throw the glass?

“– She suspected me of being with another woman.

“– you mean your mother?

“– My mother!  No, not my mother.  Why would my wife throw a glass at me for being with my mother?

Yes, it is so easy to imagine them segueing into their roles as Mr. Laurel and Mr. Hardy in order to deflect from the pain in their real lives.

The actual extent of their popularity was kept from them by Hal Roche, his studio and his appalling accountant Henry Ginsberg.  When they actually made a trip outside of the country — one which was supposed to be a holiday — Ginsberg showed up to see them off, causing Hardy to remark that being sent on their way by Ginsberg is like the Titanic being waved off by an iceberg, with a promise that the iceberg will catch up with it later.

They were left astonished at just how popular they really were, with tens of thousands of fans turning out to see them; and with the church bells in England and Ireland chiming out their theme tune as the ship came into the harbour.

In fact, although they hadn’t known it, they were two of the most well-known men on the planet.

For taking a vacation – one that turned into a publicity jaunt for the studio — Ginsberg deducted $19,200 from Stan and $15, 200 from Ollie.  Some vacation.  I should have played more golf, remarked Hardy.

Chaplin may have been a creep, but he knew a thing or two about managing money.

Their lawyer Ben Shipman comes across as a decent man who must have often despaired of them.  Every time he opened a newspaper Stan seemed to be getting married again, with the inevitable divorce not far behind.  He was extremely fond of both, but could never get his head around how these two men could have such disastrous private lives.  They were lucky to have him, right up until the end.

It took me a while to get into the idiosyncratic style that John Connolly adopts in order to tell his story, and in fact at first I didn’t think that I would finish the book at all.  Bear with it, though, and it suddenly takes off.  From a style that seems designed to distance the reader, you will suddenly find yourself immersed in the lives of these two great comedians.

The author notes in his afterword that “by the end of this book, I loved Stan Laurel and Oliver Hardy more than ever, with all their flaws, in all their humanity, and my admiration for their artistry had only increased.”

And I felt exactly the same way.  I only wish that Stan and Ollie had known the full extent of the love that was out there for them.  Not least of all from Donald and me, six years and eight years old… half-a-century ago. 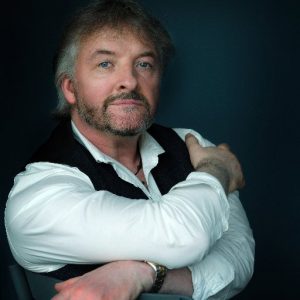