The Legend of Batman Volume 3 Born to Kill

The Legend of Batman 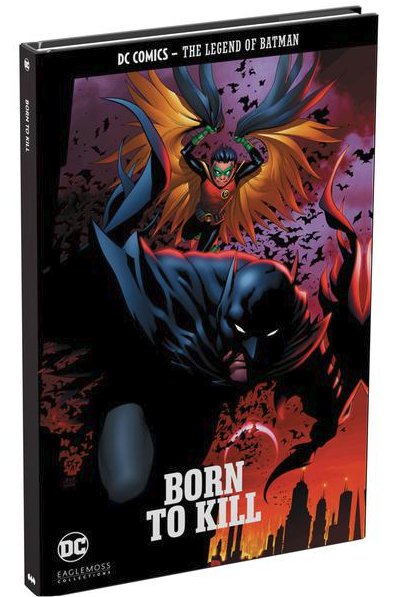 Admittedly, with a title like that one, I should have known better than to expect something uplifting or life-affirming.  OK, that I could live without, but how about entertaining?  A bit of that, maybe?

Not a chance.  Born to Kill is simply unremitting ugliness.  It is a near-enough unredeemed black and sickening vision of life that makes you want to scrub yourself clean after reading it.  And that claustrophobic feeling that you get is accentuated by the fact that there are essentially only four characters in the whole 160 pages, not counting what amounts to a cameo from Commissioner Jim Gordon.

Morgan Ducard is the son of an international assassin that the younger Bruce Wayne did some of his initial training with; and Morgan has had a grudge against him since Wayne showed him up in front of Daddy.

Continuing with the Father issues, ten-year-old Damian Wayne is proving that as Robin the Boy Nutcase he is even more psychotic than his old man.  And that’s saying something.  Hell, that guy dresses up as a bat!

He has been trained by his mother Talia and her League of Assassins to be pretty much a killing machine in lethal miniature.  To which, all you can say is:  Bruce, what were you thinking, man? I know that the stiff bat-tool has no conscience but you really didn’t ponder the outcome of that particular coupling, now did you?

This is the third volume of the very handsome Eaglemoss collection of Batman hardbacks; but because of the peculiar way in which they are being printed, this is actually Volume 57 in chronological order.  For someone like myself – who only drops in on the bat-mythos occasionally – there is a lot more introductory text needed than what we’re getting here.

I can understand that it brings together issues one to eight of Batman and Robin New 52 from 2011 and 2012.  But I didn’t know that Wayne had a ten-year-old son and I certainly had not a clue that the kid belonged in a high-security unit for murderous juvenile delinquents instead of roaming the streets of Gotham at dad’s side, while…uh, ‘fighting crime’.

When I was a kid myself and tired of the relentlessly upbeat, brightly coloured, more-than-a-bit-corny adventures of the Golden Age DC heroes, I never thought that they could ever be dark enough for me.  I was wrong.

And as I turned splash-page after blood-drenched splash page of the book at hand, I began to long for the days of the exploding penguins.

Born to Kill…Jesus, I even hate that title.